Is the "outlet" of solid-state batteries coming?

A new power company in the solid-state battery industry, Tailan New Energy, announced the completion of the A++ round of financing of hundreds of millions of yuan. This round of financing was jointly led by CICC Capital and China Merchants Venture Capital, Qingyan Capital, Holocene Capital, and Guoding Capital. This is the second financing that Tailan New Energy has obtained. After two rounds of financing in half a year, Huineng Technology received tens of millions of dollars in investment from Guoxin Science and Technology Innovation. All kinds of capital have entered the game.

What is a solid-state battery?

Solid-state batteries are seen as a way to break through the performance limitations of today's electric vehicles because they use solid electrolytes, replacing the electrolyte and separator of traditional lithium-ion batteries, which can greatly reduce the risk of thermal runaway and provide better safety; The lithium metal negative electrode can increase the energy density of the battery by more than 70%.

The change of electrolyte from liquid to solid state will enhance safety, and the change of negative electrode from graphite or graphitic silicon to lithium metal negative electrode will increase energy density. To this end, solid-state batteries can be made safer, higher-performance, larger, and able to support innovations in concepts such as bipolar cells.

So, compared with the lithium iron phosphate batteries that are popular among terminal car companies and battery manufacturers, what are the advantages of solid-state batteries?

At present, ternary lithium batteries and lithium iron phosphate batteries are the two most mainstream technical routes in the field of electric vehicle power batteries at this stage.

On May 28, Xu Xingwu, vice president of the General Institute of Guoxuan Hi-Tech Engineering Research Institute, revealed that the semi-solid battery developed by the company with a single energy density of 360Wh/kg and a system energy density of 260Wh/kg will be installed this year.

The industry generally believes that solid-state batteries will become the next trillion-level super track with their technical advantages of high safety and high specific energy, and it is also the ultimate solution for battery technology.

When will it be industrialized? 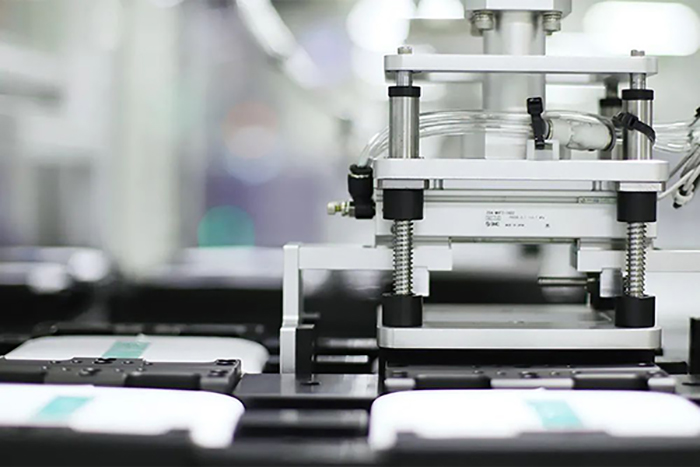 Based on the above advantages and challenges, solid-state batteries have strong potential in terms of safety and energy density, but at this stage solid-state batteries also face a series of challenges, such as interface stability, different thermal management requirements, charged and non-charged states Energy variation under lithium metal, rated capacity of lithium metal, robustness of materials during manufacture and during use.

In the domestic market, in addition to Ganfeng Lithium Battery, Weilan New Energy, and Guoxuan Hi-Tech, battery companies such as Ningde Times, BYD, Funeng Technology, and Honeycomb Energy have also deployed in the field of solid-state batteries.

In the international market, European, American, Japanese and Korean companies have taken the lead in the research and development of next-generation solid-state batteries. Since 2021, many multinational companies led by Ford, Mercedes-Benz, BMW, Daimler, etc. have mentioned the layout of the battery industry when announcing their electric vehicle development plans, and have formulated solid-state battery business plans to carry out related activities. business layout.

CATL has also judged that small-scale commercialization of solid-state batteries will take place at least after 2025.